We have known since this morning the six entrepreneurs who will apply to be designated, in early December, entrepreneur of the year. Among them, two duets ... 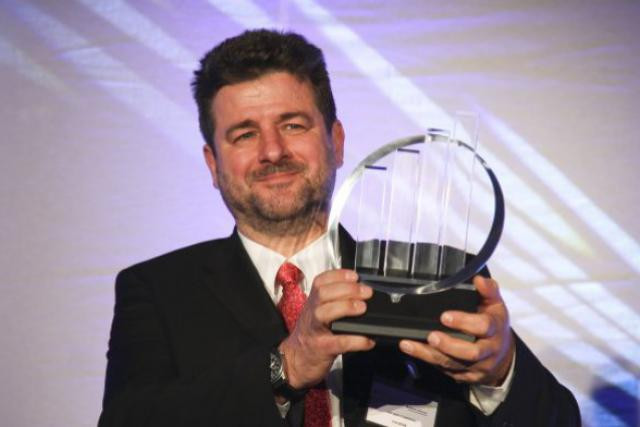 We have known since this morning the six entrepreneurs who will apply to be designated, in early December, entrepreneur of the year. Among them, two duets …

The home straight is now underway. Since this Friday, we know the names of the six finalists of the competition for “Entrepreneur of the year” organized for the fourth time by EY Luxembourg, chosen from around twenty candidates.

The jury, which made this selection, is chaired by Robert Dennewald, president of Fedil. It is composed of Georges Muller (president of the FJD), Jacques Lanners (Ceratizit, last winner dated – 2009 -), Tom Theves (Ministry of the Economy) and Gary Kneip (President of the CLC).

In fact, eight entrepreneurs were selected, because there are two “duos”:
– a real couple in life, Ada (30 years) and Olivier Amengual (43 years old), founders of Aero, a purchasing center for new or used vehicles operating in several European countries. “The happy marriage of a French immigrant with a Luxembourg woman. Their success is commensurate with their discretion, since it is their participation in this award that will give them the credentials of experienced Luxembourgish entrepreneurs ”, explains Robert Dennewald.

– the duo of directors at the head of the company Fours Hein (ovens for bakeries and pastry shops), Pierre Thein and Fernand Hein . Robert Dennewald explains the jury’s choice: “Their sense of innovation and their determination gave them a leadership role in their sector, even under difficult conditions, such as this fire which recently destroyed a large part of their facilities. “

The four other nominated finalists are:
– René Elvinger (62 years old, Cebi International), a company specializing in the construction of products for the automotive, household appliances, industrial and residential sectors. “An impressive achievement for a businessman who had the courage to” pay “for the management buy-out of a global group at an age where other people would think of retiring …”, noted the jury .

– Norbert friob (72 years old) founder of the company Prefalux, a general construction company specializing in wood construction work, also designated for all of his work. “An entrepreneur who leads by the example he has set throughout his career with his countless successes. But for many years he has also been able to find the time and energy to defend the interests of his peers, ”notes Mr. Dennewald.

– René Grosbusch , 59 years old, manager of Marcel Grosbusch & fils, a group active in the purchase, storage and distribution of fruit and vegetables. Robert Dennewald sees it as “a fairy tale that is far from over, which started from a stand at the market in Luxembourg City. It has developed its activities in recent years with new locations and a project to expand and double its retail space. ”

– and only one woman, Christiane Wickler , 53, at the head of Pall Center, the retail and distribution brand. “Her impressive professional activity did not prevent her from making a good score in the legislative elections on the Green list. She is a woman who remains faithful to her principles, in particular by highlighting a maximum of local products, ”notes Mr. Dennewald.

“This 2013 edition promises to be exceptional because of the quality of the files presented. Moreover, if participation in this competition allows to reveal exceptional personalities who shine by their talent and their daring, it constitutes above all an incredible human adventure, as much individual as collective, highlighting the key factors of success and future potential of ‘companies, thereby increasing their visibility, while allowing them to benefit from strong media coverage, ”said Alain Kinsch, managing partner of EY Luxembourg, on Friday.

Note that this year, an additional prize, BGL BNP Paribas Wealth Management, will be awarded in addition to the entrepreneur’s prize.

Created in 1986 by EY in the United States, this Entrepreneur of the Year Award is held in more than 140 cities and more than 50 countries. The “Luxembourgish” ceremony will take place on December 2 in Mondorf. The world final will be held in Monte Carlo in June 2014.

News published for the first time on Paperjam
View as PDF

3rd vlog of our pilots at the Dakar rally!